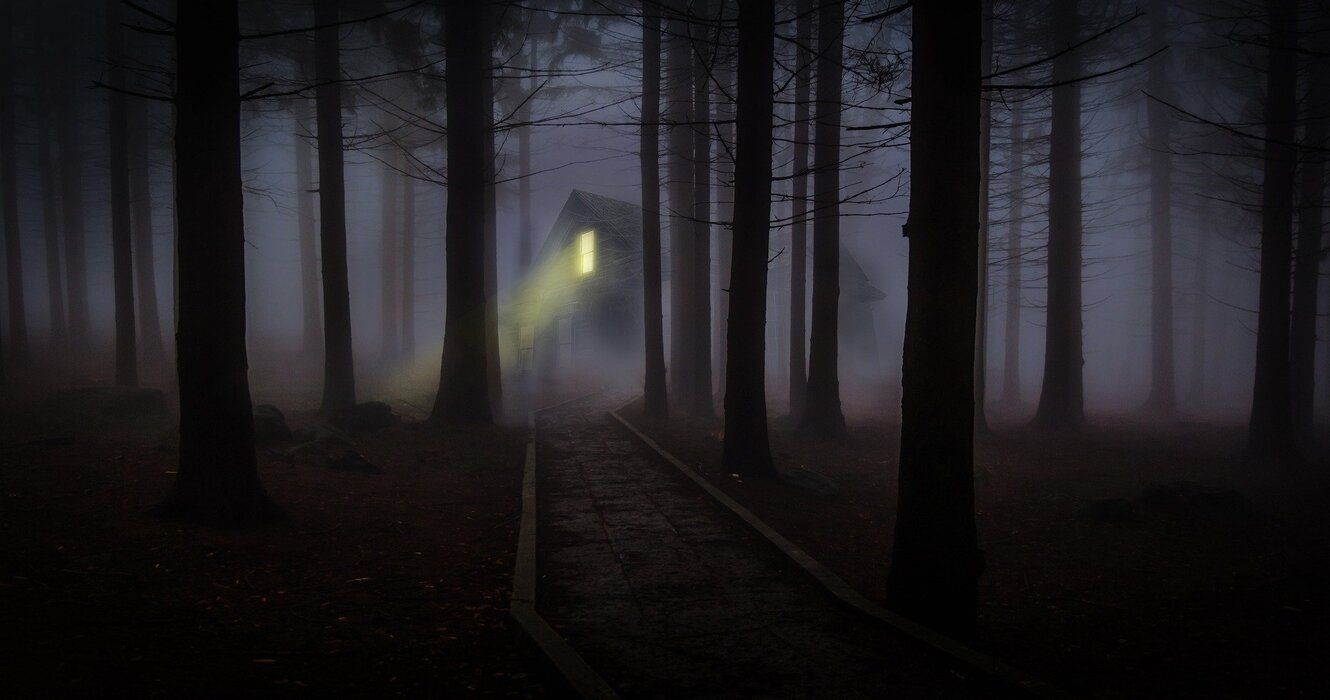 Holidays usually mean a few days of unwinding, relaxing, and perhaps, a little exploring. But these aren’t that kind of holiday. Meant only for those daring enough to be prepared for a paranormal encounter or two, these destinations are filled with legends, ghastly tales, and spirits floating around.

If that sounds like something you’d be up for, these are ten spots around the world that you should consider visiting. Not only are these places considered to be haunted, but they’re open for visitors to enter. Some of these destinations have witnessed several deaths that continue to haunt them, and if you can convince a guide to tell you its tales, you may hear stories that will terrify you long after you leave the place.

Related: The 10 Scariest Ghost Tours In The World

According to folklore, Gunnuhver is a geothermal area in Reykjanes that is named after an angry ghost called Gunna. Amidst the steam vents, mud pools, and viewing decks lurks Gunna’s ghost. As the story goes, Gunna lived in the area on a plot of land owned by Vilhjalmur Jonsson. After a dispute between the two caused by failure to pay rent and accusations of witchcraft, an angry Gunna is said to have starved herself to death. Men carrying her coffin reported that it felt suspiciously light, her grave diggers reportedly heard Gunna’s screams in the wind, and soon, Jonsson was found dead. Gunna’s ghost is said to have haunted inhabitants of the peninsula ever since, and despite prayers, rituals, and the help of a priest, locals claim that Gunna still lives in Gunnuhver.

One of the five most important palaces in the world, the Forbidden City, was once the imperial palace of the Ming and Qing dynasties and is now a UNESCO World Heritage Site. During the time, access to the city was forbidden to all except government officials and the imperial family, and that too with limited access, giving the city its forbidden moniker. While most tourists now visit the city to explore China’s history and its wonderfully preserved architecture, some go to the Forbidden City to look for ghosts. Over its 600-year-old history, the forbidden city has seen several assassinations, betrayals, jealousy, political scheming, and murders. Years later, visitors report sounds of a woman wailing, a flute playing in the dark, women dressed in whites and blacks roaming the grounds, and surprisingly, even a ghost dog!

Known as the most haunted place in India, the scary happenings of Bhangarh Fort are so many that the Archaeological Survey of India prohibits anybody from being inside the fort between sunset and sunrise. The 17th-century fort in Rajasthan has several legends that explain why the roofless fort is haunted, but the most popular one claims that the fort was cursed by a wronged lover who said that no one would be able to live inside the fort upon his death. True to the curse, the fort was soon ravaged by invaders, and its inhabitants were killed at their hands. Ever since, locals have reported hearing strange sounds inside the ruins of the grand fort, seeing spirits, and witnessing fatal accidents take place inside the walls.

La Recoleta may be a beautiful cemetery with its city-like structure made of neatly paved paths and marbled structures, but it is a cemetery, after all. Located on a hill that overlooks the town, La Recoleta has a lot more than just graces: there are Greek temples, Baroque cathedrals, statues of characters from popular legends, and extravagant sculptures. While the cemetery is where the most famous residents of Buenos Aires are buried, including María Eva Duarte de Perón, La Recoleta is also a cemetery where several ghosts continue to live. From a presumably dead girl who was accidentally buried alive and tried to claw her way out to the spirit of a former grave worker, several paranormal encounters await those willing to get lost inside La Recoleta Cemetery.

Who would have thought that a church could be a place where ghosts roam? St. George’s Church is located in a small town of 708 people not far from Prague. The church was believed to be perfectly ghost-free till 1968, when a fire razed through St. George during a funeral and damaged its roof. Locals believed that the church was haunted and cursed, and mass was only ever held outside since the fire.

That is until 2012, when a local artist decided to put an installation inside the church to raise funds for its repair. He used art college classmates, dressed them up as ghosts, and created plaster casts from them. Now, 32 “ghosts” sitting on the church’s pews attract visitors from all over the world whose entry fees paid for the St. George’s repairs. St. George’s Church is open for a few hours every Sunday, but visitors can peek into the church any time of the week. Some refuse to enter the church at all — Sunday or not — citing weird energy radiating from inside the church.

5 Island Of The Dolls, Mexico

Dolls with missing eyes hanging from trees is a sight that is creepy enough, but the Island of the Dolls, or La Isla de las Muñecas, has an eerie tale to go with it. As the tale goes, a certain man named Don Julian Santana Barrera moved to an island located on the canals of Xochimilco in Mexico City. Soon after, Barrera discovered the body of a young girl who had drowned in the lake with her doll floating nearby. Barrera hung the doll on a tree, hoping to appease the spirit of the young girl, and soon, the island was taken over by hanging dolls that were scavenged by Barrera.

Whether Barrera actually did find the body of a young girl on the island or not is unclear but what is certain is that he drowned and died on the same island in 2001. Today, a few ferries take visitors to the Island of the Dolls, but it’s going to be hard to find boats willing to do so. Locals believe that the dolls whisper among each other and lure visitors onto the island.

Hundreds of visitors flock to the Tower Of London each day to see different things: witness the change of guards, marvel at the architecture, stroll through the museum, and, more importantly, catch a glimpse of the famous Koh-i-Noor diamond. What most overlook is that the castle was both a magnificent palace and a brutal prison that saw bloody fights, torture, executions, and murders inside its towers.

The Tower Of London is believed to be occupied by 13 ghosts at present, including Guy Fawkes, whose screams are believed to still echo through the castle, Henry VI, whose murdered spirit haunts the Wakefield Tower at midnight, and a headless Anne Boleyn — Henry VIII’s second wife who was beheaded centuries ago. Those visiting the Tower Of London can now buy tickets for one of several tours that lead to spots inside the castle where the notorious events took place.

Related: Creepy History: 10 Eerie Facts About The Tower Of London

Stephen King’s novel The Shining and its subsequent Stanley Kubrick film are both regarded as the scariest masterpieces in the genre of horror. But King didn’t just get inspired to write the story on his desk; rather, it was his stay at The Stanley Hotel in the 1970s that inspired him. The Stanley Hotel’s hauntings are far from a work of fiction, however, and its rooms are occupied by the spirits of the original owners and deceased housekeepers. The hotel also hosts haunted tours, and it was a photograph taken by guests in 2017 during one of those that captured two ghostly figures of young girls standing by the hotel’s staircase.

Located on top of a valley overlooking the Tequendama Waterfall, Hotel Del Salto opened in 1923 as a luxury hotel for the rich but now looks like the very picture of a haunted house. Hotel Del Salto quite literally translates to “hotel of the leap,” which is an eerie nod to the hotel’s past. According to legends, native Muisca people escaping from Spanish conquerors in the 1500s would leap to their death from the waterfall and into the valley below.

Even after the glamorous hotel was built, several people continued to jump to death from the waterfall. Guests reported seeing frequent apparitions and hearing loud sounds, and there are also tales of a hotel guest who murdered a socialite staying at Hotel Del Salto after being consumed by the dark energies of the area. While the hotel has now been converted into the Tequendama Falls Museum of Biodiversity and Culture, some say that the socialite’s spirit can be seen from the window of the room she died in.

Nothing is scarier than a mist-covered forest of warped trees with shadows of ghosts lurking around. Transylvania’s Hoia-Baciu Forest is all that and more. Known as the “Bermuda Triangle of Romania,” Hoia-Baciu is regarded as the most haunted forest on earth, with tales of girls disappearing only to walk out years later with no recollection of what happened except for a coin from the 15th century in their pocket. Several other people have disappeared in Hoia-Baciu as well, including a shepherd and his herd of 200 sheep. Some visitors have witnessed extraterrestrial activities deep inside the forest, others have heard supernatural footsteps, and more than a few have walked out of Hoia-Baciu with unexplained rashes, fevers, and burns. While Hoia-Baciu functions as any other forest during the day, where visitors can bike or hike between the creepy trees, haunted tours take daring thrill-seekers into the misty forest late at night too. 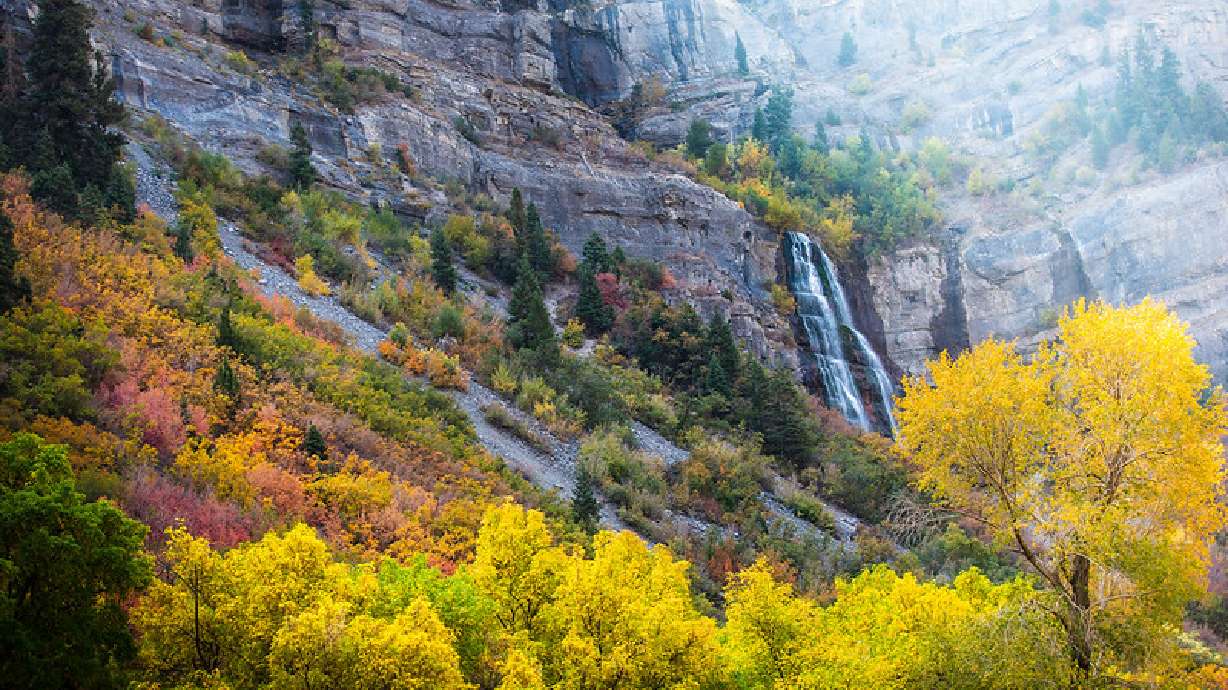 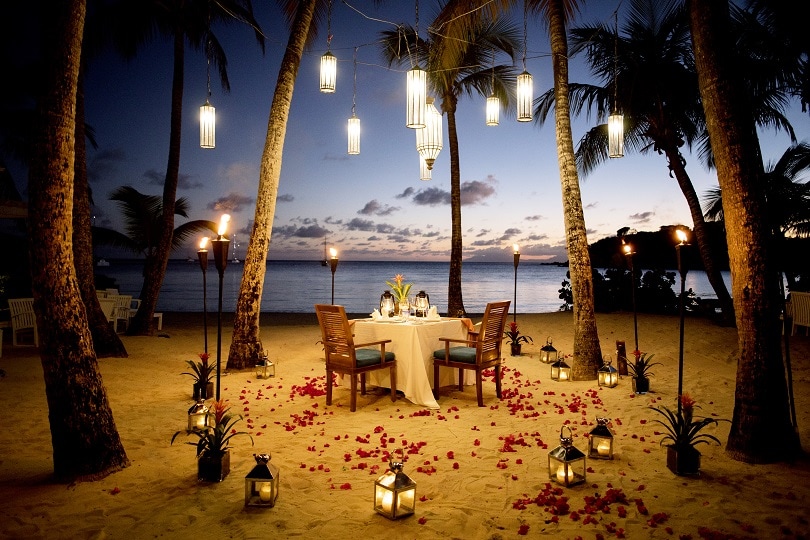 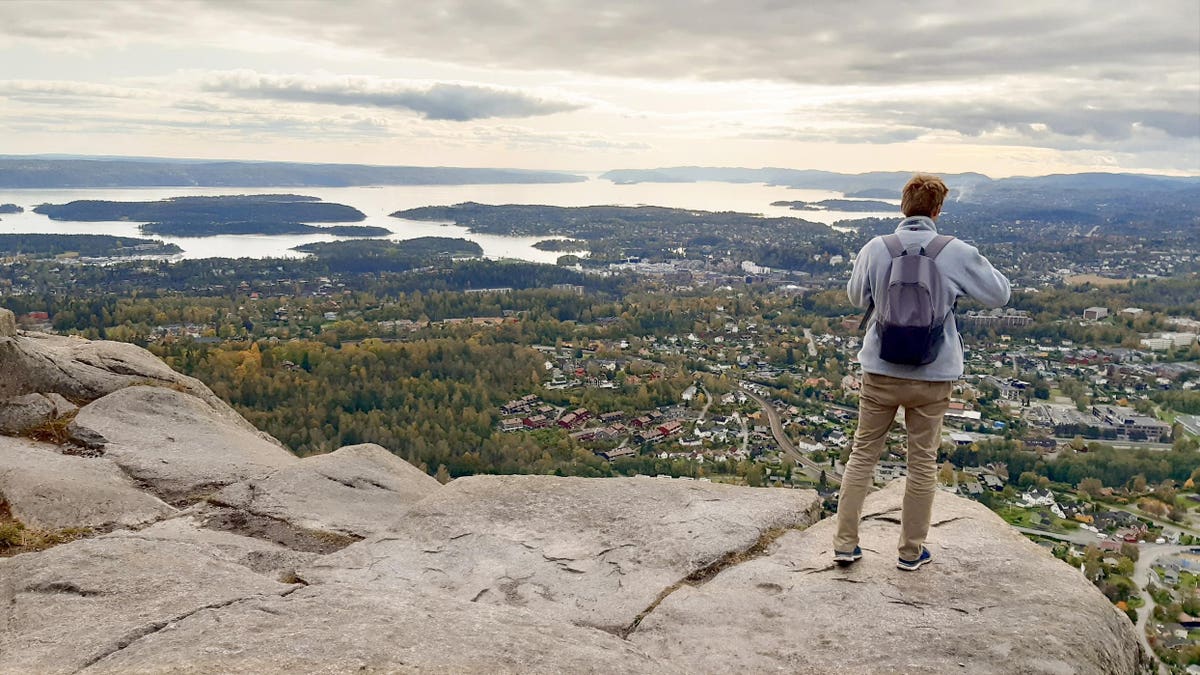