The United Kingdom is home to ancient remains, dramatic coastlines, and stunning countryside views; but good weather? Not usually. Sure, if you visit during the summer months you may be blessed with sunshine, but head out for the day without an umbrella and you can be sure that at least one local will cast a worried glance your way.

Thankfully, the UK is home to plenty of staggeringly beautiful sights that actually benefit from stormy weather or a spot of rain. Ranging from atmospheric hikes with a dusting of rain to magnificent waterfalls where you’ll inevitably get a little soaked—read on for our favorite hidden gems across England, Scotland, and Northern Ireland to visit, rain or shine.

WHERE: The Yorkshire Dales, England
Historic buildings, distinctive remains, and very colorful history: there are plenty of reasons to visit the Yorkshire Moors and more specifically, Settle. As well as being home to stunning countryside views and plenty of mountains (like the famous three peaks of Penyghent, Whernside, and Ingleborough), Settle comes with its own unique charm with limestone cliffs and pretty waterfalls.

The sweeping valleys here look beautiful in the sunshine but offer a sort of magic when the rain hits, with phenomenal storms lighting up the sky and offering a glow over the fields below. It’s also a seriously cozy town, with plenty of characterful pubs to settle in while the storm powers on outside. These historic pubs (one famously known as Ye Olde Naked Man Cafe) often include authentic decor from the past.

WHERE: Cumbria, England
Sunbiggin Tarn is a striking and isolated area of moorland, a hidden gem in the English Countryside that all but deserves a heavy coating of rain to truly give it the dramatic undertone it deserves. With beautiful views of Wild Boar Fell, the Howgills, and Great Asby Scar, Sunbiggin Tarn stretches as far as the eye can see with warm-toned fields and rugged, wild woodland plants.

Sure, it’s a perfect spot in the sunshine for a picnic but visit during the stormy weather for a solo stroll of pure enlightenment. Sunbiggin Tarn is also renowned for the incredible variety of birds that call this spot home, just adding to the picturesque skyline as you’re wandering around.

WHERE: The Isle of Skye, Scotland
The tumbling Mealt Falls waterfall drops from 180 feet in the sky straight down into the Sound of Raasay and, if you visit during the cooler months, you’ll be treated to an awe-inspiring show where the strong winds push the water right back up into the sky. Set on Scotland’s second-largest island, this waterfall comes with not only a treat for the eyes but also the ears. Its surrounding cliffs emit a beautiful-yet-haunting noise when the wind picks up. Just behind the waterfall is the Kilt Rock, named after the kilt-like coloring on the rocks. You may even come across dinosaur remains: an extensive collection has been found on the Jurassic rocks along this coast.

WHERE: Devon, England
Hartland Peninsula in southern Devon is an Area of Outstanding Natural Beauty and comes with enough sweeping landscapes and rainbow-hued sunsets to impress anyone. Picture-perfect year-round, this historic area is best known for its sky-high walks and secluded beaches, providing a perfect backdrop for all of those atmospheric solo moments.

Woodlands and waterfalls paint unique pictures, ones where you’ll want to grab a rain jacket and comfortable shoes and get exploring. Hartland quay sits right on the edge of the peninsula, a vast clifftop with a small, hidden sandy beach below. During low tide, you’ll spot colorful rock pools filled with tiny crabs and occasionally even fish. A glance out at the sea reveals crashing waves against the rain.

WHERE: Ballymoney, Northern Ireland
With a name like The Dark Hedges, you’d practically feel like you’re wasting an opportunity if visiting during the summer months. This lengthy avenue comes with 150 sprawling Beech trees overhanging from every direction, with the wind whistling through and an overall eerie feeling from start to finish. Known best for its feature as King’s Road in Game Of Thrones, The Dark Hedges are formidable and, according to local legend, haunted by the Grey Lady. Haunted or not, these spooky hedges need dark, cold, windy weather to truly do their job of mildly terrifying anyone who walks through them.

WHERE: The Isle of Staffa, Scotland
Fingal’s Cave, based on the uninhabited Isle of Staffa in Scotland, is the closest thing you’ll find to a naturally formed cathedral. This huge cave is 72 feet tall and 270 feet deep and is best known for its unusual hypnotic melodies. The cave’s magic stretches back through generations, forming the basis of myths and legends witnessed by anyone brave enough to enter. We might officially have a 60 million-year-old ancient lava flow to thank for the creation of the cave but, a quick look inside, surrounded by whispers and what sounds like faint laughter, will have you wondering if there’s a deeper meaning after all. Visit during high winds and cool weather for the full, scary benefits.

Scafell Pike and The Screes

WHERE: Yorkshire, England
Scafell Pike is England’s highest peak so, while you won’t want to scale this one in high winds, a little rain or a cloudy day just adds to its charm. And it’s well worth the hike when you reach the magnificent peak and gaze down at the clouds below. Wait for the rain to form a mist all around and you’ll feel like you’ve been transported into a mythical world. There are plenty of different routes to the top, each complete with a quaint name like Lingmell Gill or Brown Tongue. If you can time it right, start your hike during the not-so-great weather and watch as sunlight breaks as you reach the top. With cooler weather the norm around this part of England, it’s almost easier to plan for this sort of scenario.

The Old Man Of Storr

WHERE: The Isle Of Skye, Scotland
Spiky and iconic, The Old Man Of Storr on The Isle Of Skye got its name for its uncanny appearance of a man’s face. This huge pinnacle sticks out sharply against its green and blue backdrop and can be seen for miles around. Previously thought unclimbable, The Old Man Of Storr is a tough hike with misty surroundings and looming clouds. You’re in luck for visiting this spot, as it rains more often than it shines here. But The Old Man Of Storr deserves its mythical backdrop for the best photo opportunities. Visit in the afternoon for magnificent contrasts of the surrounding scenery, paving the way to vibrant sunsets just behind The Old Man himself.

WHERE: Newnham-on-Severn, England
The Severn Bore ensures you’ll leave pretty soaked through anyway, so a bit of bad weather doesn’t really make much difference. This huge tidal surge occurs only as a spontaneous natural phenomenon when the rising tide moves into the Bristol Channel and Severn Estuary and pushes the water up in one swift motion.

The angrier the weather, the larger the waves and, if you’re feeling daring and visit at the right time, you can even surf them. Don’t think this will be a tame wave in comparison to others: the largest recorded wave here was a huge 9.2 feet. If you want to watch rather than brave the water, head to Newnham-on-Severn for a brilliant (and safer) view.

WHERE: Durham, England
Follow the path of the River Tees in Northern England and you’ll find yourself at the top of High Force: one of England’s highest waterfalls that drops into a vivid pond down below. Located at Forest-in-Teesdale, it’s an especially popular sight for anyone with an interest in the past, as the rocks here are thought to date back over 300 million years. You’ll want to bring sturdy walking shoes, as you’ll wander a pretty woodland walk to get to the base of the waterfall. The brilliant copper-colored leaves on the surrounding trees make this waterfall a beautiful spot to visit during the Fall months, with a dreamy sky above and a slight chill in the air. 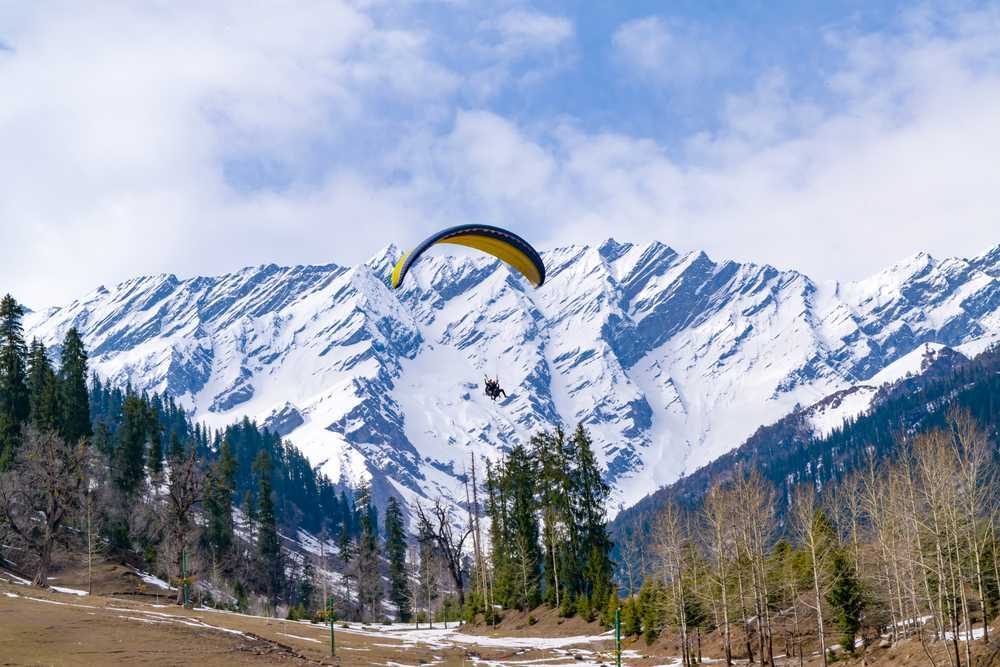